Welcome to www.pg2p.nl. As a licensed hamradio amateur I would like to tell you about my hobby, experiments and all other activities I perform with radio.

Who still remembers the famous date August 31st, 1974? That was the day radio died as they say at the by then famous pirate station radio Veronica.

But for me that was the day radio started because somehow it triggered my interest to everything related to radio. The neighbour of one of my aunts had an FM transmitter and I really loved to be there when he was transmitting. I also started to listen to the local radio pirates and their DX-ing during the late hours. Unfortunately my parents didn’t want me to get a transmitter or get involved so it was a no-go area for me for then…

So it took some years (I guess it was 1981 or so) when a schoolfriend got a Senfor Skyline SM-2008 27MC transceiver. What fun it was to talk to other people without knowing them or even knowing who you would be talking to in the first place. Of course I spent a lot of time after school at my friends place. But again my parents told me I could not have a CB transceiver… 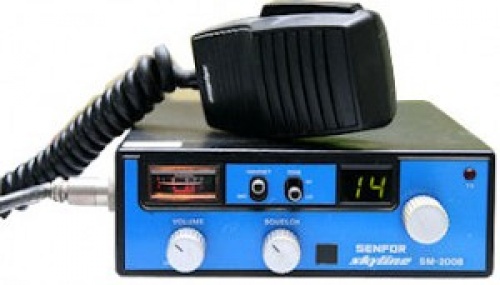 Time went by and it was around 1989 that I bought my first 27 MC transceiver, a Midland 77-104. In the meantime legislation allowed us to use 4W FM and 40 channels so it was even more fun (though I still like QRP operation hi!). Two years later I got my first car, a silver coloured Ford Fiesta and of course I had to place a big magnetic mount with antenna on top of the roof. 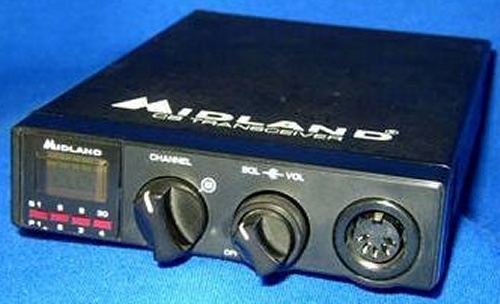 I was studying electronics and of course it didn’t take long for me to start building a 3m transmitter, the (in)famous Stentor. It was a matter of time before I wanted something else so with aid of advertisements in Free Radio Magazine I found myself a schema and PCB for a 50W PLL stereo transmitter. Those were the days a lot of solder was spoiled, hi!

Via one of my friends I also got involved into a local radiostation and I spent quite some hours there. Years, different radiostations and different work environments went by and somewhere in 2006 I finally decided to go for my novice license.

So I started to study the materials and passed the first time. PD0PRS went on air and since I had a day-to-day commute of 45 minutes single trip I have made quite some nice QSO’s on one of the repeaters around here (PI3AMF). But as by that time the novice license restricted you to a couple of HF bands (40m (partially), 20m (partially) and 10m) and the 2m and 70cm bands with a power output of 25W ERP I decided to take the (for me at least since I am not interested in CW yet) last hurdle by going for the full license.

In november 2011 after a non-optimal time of preparation I took the test but failed; 16 errors which means one too much. After checking the results I found out that there was a mistake in the exam and one answer was counted to be false while it was true. Of course I objected but couldn’t wait for the official answer so in the beginning of december I re-took the exam and passed with 4 mistakes. The day after Christmas I finally could exchange my old callsign for a new callsign (PG2P).

And since then I’ve got the possibility to discover even more new aspects of this great hobby.